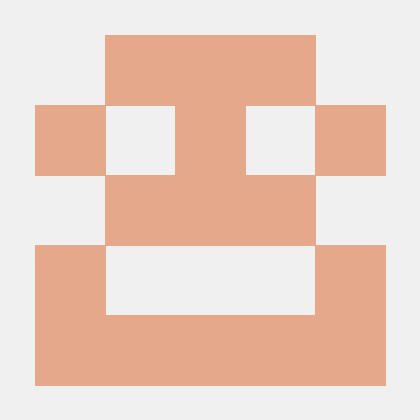 The constitution will be created with broad participation from the citizenry, and approval and adoption shall be subject to a referendum.

(**APOLOGIES No idea what I'm doing with the markup language **)

You don't need a written constitution, which would take years to enact. A constitution already exists of sorts and it's a bit weird. For normal legislation, any conflict between two acts is deemed in a court to favour the newer statute. However, there are special Acts (Single European Act, Human Rights Act etc.) where the courts rule in favour of the special statute, rather than the newer one. So new laws have to comply with these special laws. Trouble is, there's no basis for defining what is a special law. I propose that parliament passes a constitutional facilitation act devining which laws are special in this way. They would have to be passed by 2/3 of both houses of parliament or a simple majority in a referendum. This way you can define the powers of a constitution without getting bogged down in the content, which would be built one law at a time. In many ways the strength of the US constitution is in the amendments. We would be doing the same, but with no starting text. An Open Source constitution?

Introduce a 'None of the Above' box on all ballot papers to formally and positively register abstention.

Proposal for an open source constitution. Sorry I couldn't work out the markup rules. Alex

Interesting idea, and no worries about the markup - we can work on that!

In my view the power of a written constitution is that you can hold it, and read it, and understand your basic rights. In a way it's not to clarify the law, which is getting along OK, but people's understanding of it. Would be interested in other contributors' opinions as well...

I'm going to block this temporarily as we don't want to merge as-is, but it's still open for discussion. 👎

Agree with James on this.

On this point specifically: "However, there are special Acts (Single European Act, Human Rights Act etc.) where the courts rule in favour of the special statute, rather than the newer one. So new laws have to comply with these special laws." - Acts of Parliament can always be changed, and too often ministers can affect change by order, rather than through scrutiny. A layer above that - a written constitution - would enshrine rights that could not be changed except by extraordinary circumstances (e.g. a 'super' majority in both houses AND a public referendum).

I realise your very reasonable points, however… 1. MPs will quote the “principle” that a parliament may never be bound by a past parliament. This is now nonsense in the context of how the Courts read the Human Rights Act and other pseudo-constitutional Laws. 2. The act of trying to codify a constitution gives all those with a vested interest in not being bound by such a thing plenty of opportunity to kill it. My proposal is to define the power and function of a constitution but let it be populated over time with rights. This is in keeping with the values of open source thinkers. 3. Parliament has its place, and requiring lots of referendums implies parliament cannot be fixed. I realise DRIP would have passed a 66% bar in the Commons, but it’s still a really high bar. It might not have passed in the Commons if MPs realised that it was incompatible with a previously passed part of the constitution. They might not have been willing to do so if it meant putting DRIP into the constitution. 66% is a cheap way of putting non-contentious items into a constitution without a referendum. I like the idea of a referendum being triggerable as an alternative to a parliamentary supermajority where it’s a more contentious issue. But you could make the bar 80% if that was thought more appropriate. 4. My proposal is deliverable in one year and would evolve and strengthen over time. I think the constitutional framework would have to go to a referendum in any case. But a fully written constitution would take a decade or more and any government in that time would be able to kill it.

Sorry I'm in favour of a single document defining our Constitution which will set out the rules of how Government and Parliament operates, as well as the rights of citizens. This should be clear, unambiguous, and easily accessible (ie not written in legalese) 👎

I agree – but I fear a country can spend a decade arguing what should be in such a document. Starting a grassroots campaign to define the contents of a constitution would be quite fitting in the 800th year of Magna Carta but I haven’t signed up for that.

My proposal simply offers an opportunity to campaign on the principle of a constitution without getting bogged down in divisive details.

Sorry I'm in favour of a single document defining our Constitution which will set out the rules of how Government and Parliament operates, as well as the rights of citizens. This should be clear, unambiguous, and easily accessible (ie not written in legalese) https://assets-cdn.github.com/images/icons/emoji/unicode/1f44e.png

Having had a chat to Alex the other day about it, this is more about the process of creating the constitution, rather than whether there should be one. I'll try to turn this into a policy proposal so it's clearer...

Worth looking at what happened in Iceland, where they did have a crowd-sourced constitution, and I gather it didn't take that long. It fell at the final hurdle on a 'technicality' and we can learn from that...

It "fell on a technicality" mainly because established wealth and power managed to kill it. At least, that's my understanding. It was a good process though.

We all agree there should be a written constitution. It has almost zero public interest. We can't spend too much time on this.

Sent from my iPhone

It "fell on a technicality" mainly because established wealth and power managed to kill it. At least, that's my understanding. It was a good process though.

— Reply to this email directly or view it on GitHub.

I'm going to close this and open another PR with the core idea of a "blank sheet" constitution, but written in a way that we can merge in.